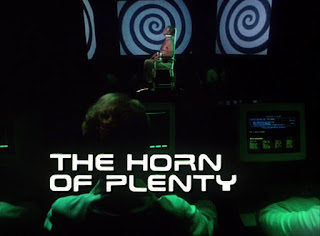 When a master of disguise with an unquenchable thirst for money and absolute power sets his sights on airwolf, it's not long before Hawkes trapped. With something like airwolf, John Bradford Horn could take over a small country and he'll stop at nothing to control hawke and airwolf to fulfill that desire. He has his sights set on an island and with a little brainwashing he might just get it, unless cait can get to hawke first.

A:) Sadly yes, Richard accidently set fire to himself years ago while hallucinating on L.S.D

Q:) What is the peice of music playing in this episode ?

A:) The Girl From Ipanema

Q:) How did you validate the bio image in your guide for Liddy Roley?

A:) Her credit and her face in an episode of Columbo she played a Police woman.

Q:)  How did you validate the bio image in your guide for Guy Remsen?

A:) He starred in a 1962 Elvis movie as a police officer, he has a strange sort of scar on his chin.

Cinematography by:
Seymour Hoffberg ... director of photography (as Sy Hoffberg)