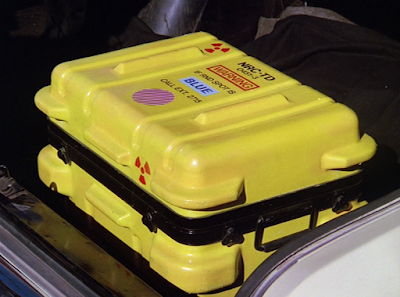 From the Season 3 Episode entitled "Kingdom Come" in which hawke and santini attempt to track down a case of stolen nuclear detonators.

Back to the future fans often have a plutonium case, but how many Airwolf fans have one of these?

Anyone ever made one of these?, does anyone know where the original is today?


I have managed to Identify this cases purpose . It's gotta he most Ironic thing i have ever seen, what it is.. It is a "Prop Case" mull it over for a moment.. that case which is a prop.. is a prop case. 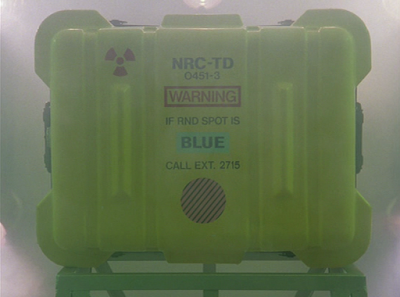 CLEARLY CONFIRMED
NOT YET CONFIRMED 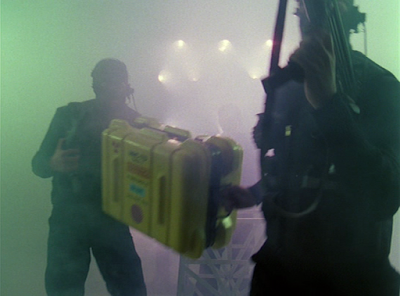 Whats confirmed in the "design"  is shown on the ones that are for sale, nothing has yet to match this.

UPDATE:
A member of the airwolf community  Teresa Houck said  "It looks like a CBRN kit case. Though I'm not sure they had those back then."

This could be plausible though i have yet to find one even remotely close to it (made pre 1990's)  But the Hazmat concept could ring true for a cbrn case being shown in (condemned, a season 2 episode) while showing Hawke and Caitlin wearing hazmat suits.

I pondered more on this concept and even figured maybe the twisters where to seal in a contaminated suit.. but who ever did the sealing would have contaminated the case, or maybe the suits sealed in clean as to not contaminate the work & the case is sprayed germ free. But i think it would have "Hinges" on the back and a rubber seal. I defo think is a boats prop case at the moment.