Mind of the Machine now Classified by BBFC as a PG 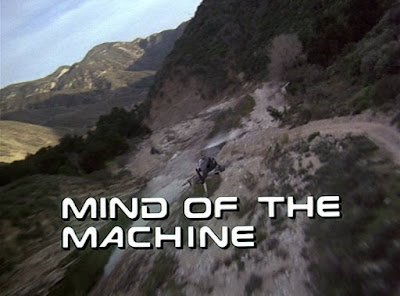 A classic season 1 episode "Mind of the Machine" featuring David Carradine staring as Dr Robert Winchester has finally been certified by the BBFC (on the 14th of october 2005) and now has a PG age rating.

This was a great episode and showed a little more of the back plot introducing winchester as someone who worked with moffet on the airwolf design team.


I would assume it has suffered over the years due to the scene were dr winchester gets shot and is laying on the floor while archangel is talking to hawke.

It's also the episode were they have the airwolf simulator

This episode was full of little goodies such as seeing dom remove the panel on the E.D.C.C because the weapons wouldn't deploy and the moment were winchester remotly logs into airwolf and begins looking through the computers menu and seeing features including a history of all the times it was engaged in combat.

Finally legal to allow your child to watch this episode..
even though you've got to still sit their with them.. I believe this episode was initially rated a 12.
at 09:00 No comments: