AIRWOLF Salute on Some Kind of Radio Show (2017 Edition)

Airwolf gets a salute on KRMA via Earl and the Crazy Crew live on Some Kinda Radio Show at 8PM. Also they hold an interview with Adam Lettow (creator of) Airwolf Redemptions. Earl is also joined this week by 'Crazy Crew" members T.J. Dylan, Ben "Tadpole" Langstaff, Tony 'Comedy Killer" Heydon and John Sinsel.


Earl and his crew have also reviewed a number of other 80's Tv Shows and Movies. Check out the youtube channel for more epic retro fun and great banter.


As we know Bryan Cranston is a fairly famous actor today, with crazy comedy relating to Malcolm In The Middle to the hard hitting Breaking Bad. I was rather shocked to here how he actually felt about his single and only memory of working on Airwolf.

Though he didn't attempt to elaborate or rip the show apart or go in any detail nor pointing any fingers as such, he just stated it was a "Terrible Show"

Most actors actually prefer the opportunity to play a bad guy because it brings far more scope to put a personal stamp on the character. Be it, ego, sleaze, slime, vindictive, far higher intelligence and many other home made traits that make the bad guy such a funny role to play. Them small personal things that either make you love or hate a bad guy.

One can't blame a director nor a second unit director if your not imaginative enough to bring something to the role so that you actually enjoy the part. Even the host said "Santini" to which i would of expected Cranston to at least say "well it did have that redeeming quality i guess" or something of similar nature.

Most don't remember he was in an Airwolf ep (season 3 ep 17) titled "Desperate Monday"
To which, in my opinion, he looked the part in the episode, but he brought nothing to it besides a visual. He lacked a personality or a true projection of his agenda. 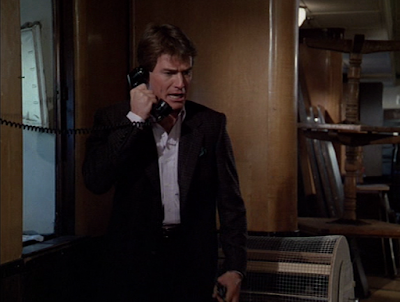 Never blame your own lack of imagination, speak up at the time rather than afterwards, rock the boat in the present and either Help make it better or Get Fired trying, put a stamp on it or walk away. The part you play is your part, the script doesn't tell you to pause between words or react, the director and the stage direction does. If it took a dislike to something to accomplish the look below then so be it. 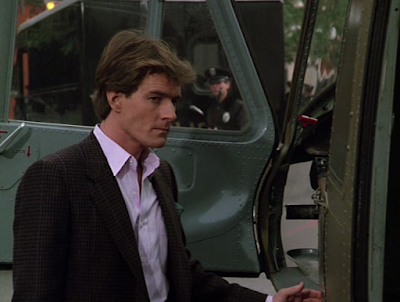 It's an episode i haven't watched more than twice, with 20+ years in-between both viewings, It wasn't a favourite, but it wasn't that bad. He played bad guy, but he brought nothing personal to the character other than anything expected within the script. 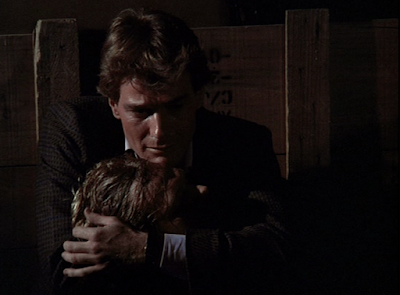 The episode i think suffered because it wasn't like a kids show story, the violence and the drama of this episode, the hostages, the pregnant woman, killing his own brother on request. A few episodes suffered because they were later reclassified with a 12+ age rating, i am unsure if this was included in the list of episodes which did suffer due to the recertification.

When it came to "re-run" airwolf, this is one of the episodes that suffered (uk tv didn't air this much) no idea how many times it aired in the USA, i never even saw the Bravo channel play this one or even hTv random airings in the 90's, lets just see if ForcesTV air it.

I have barely seen this one and i just re-watched this episode tonight on dvd, this is a powerful and underrated episode, he should be proud to be apart of it, he played a convincing part. It just lacked a more informative set-up on the back story.