Airwolf's computer keyboard was a portable WorkSlate made by Convergent Technologies in 1982.

It was a portable device using NiCad batteries and used a micro cassette tape to load and save data.
It featured a Hitachi 6303 CPU and 16K of RAM along with a 64K ROM, it also has a serial port.

The screen is a 16x46 character monochrome LCD and the CMOS comes from a Motorola 6800.


When you figure the Airwolf premier on Tv was in January 1984 and you know the work slate didn't go into production until November 1983 it makes you wonder... 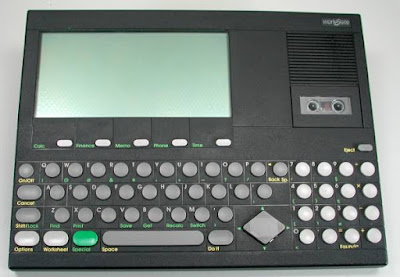 Only around 8000 where made and the workslate was discontinued in July 1984, the company lost approximately $15 million. 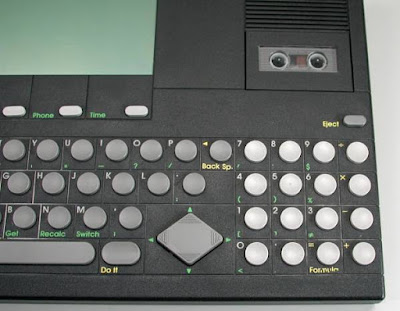 TRIVIA:
notice the keyboard has a "DoIt" key. 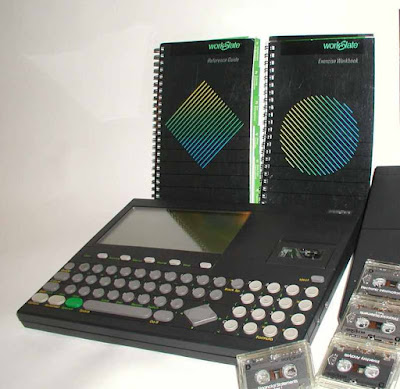 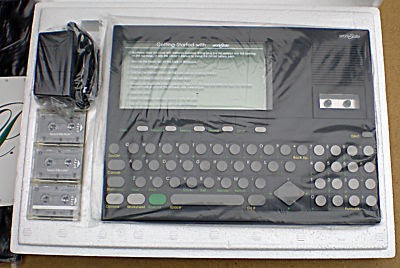 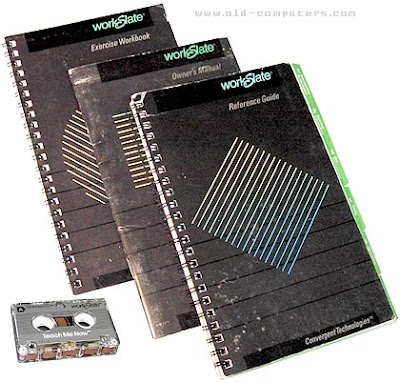