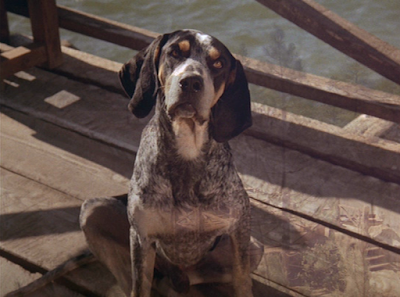 Tet was an old blue tick hound dog who took care of him self. Though he sometimes got the odd steak of santini.

He mostly hunted for his own food just as hawke often caught his own fish in the lake, that is when the eagle wasn't stealing all the fish.

Tet had a rather unusual habbit which hawke found amusing, though women did not. Tet was rather keen on sniffing up skirts, an unusual character trait to slip into a children's show lol.

We have no idea who tet really belonged to or what happened to him. He also had a habbit of lazing in the sun on the landing stage, which prevented visitors from landing. 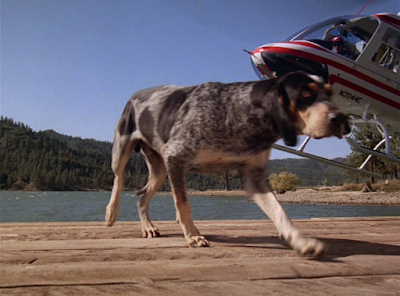 The name TET seams to have a deeper meaning than what's often overlooked as just (his dogs called tet) The name stems from the Vietnamese Language and the name's meaning is born on New Year's. 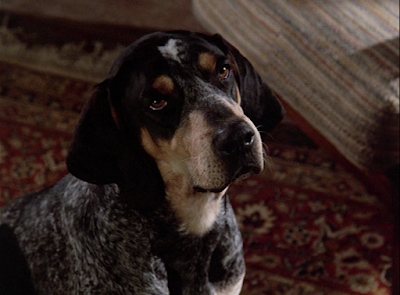 The name is also spelt like this  Teth. It's oddly also ironic that the tet celebration was the night the A-Team robbed the bank of Hanoi. 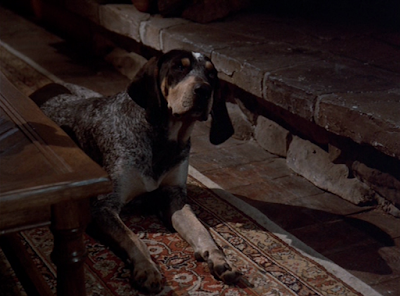 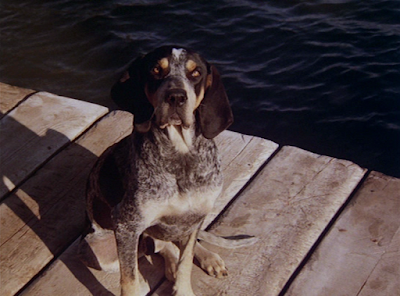 He also maybe once starred in an episode of Knight Rider


He also may have featured in an episode of The A-Team (season 5 episode 3) were murdock turns up with all the dogs at stockwells place.


So it begs the question, did anyone ever spot him on street hawk?