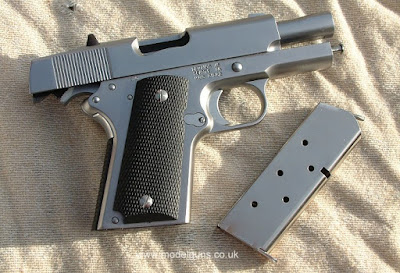 One of string-fellow hawkes hand guns used in the airwolf tv series was the Detonics .45 Combat Master.

The Detonics Combat Master was the first really small and compact 1911-pattern pistol to be produced in significant numbers.

Law enforcement fell in love with it immediately due to its diminutive size and quality. It received "star quality" when Don Johnson as Sonny Crockett in Miami Vice was seen carrying one in a leg holster in the show. 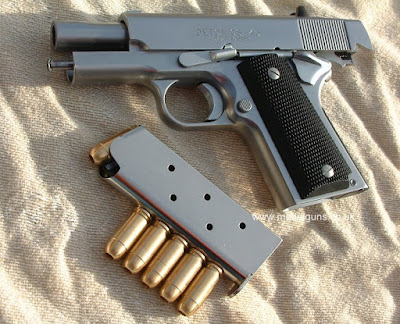 Far more important than the media exposure was the revolutionary reliability work done inside the pistol.

The Detonics introduced the bulged barrel end so that the pistol did not require a bushing.

It also incorporated double and triple recoil springs. It was the first production 1911-pattern which was throated and ramped for hollowpoints.

The original Detonics pistol, a modified and much smaller version of the Colt Model 1911, made its initial appearance in 1977. Billed as the world’s smallest single-action autoloader chambered for the .45 ACP cartridge, the Detonics was an instant hit with law enforcement officers. 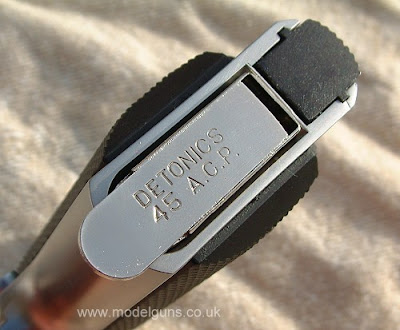 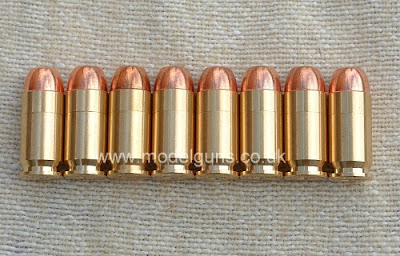 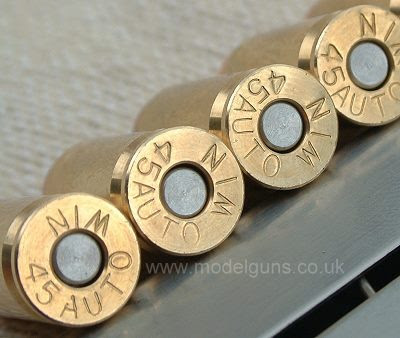 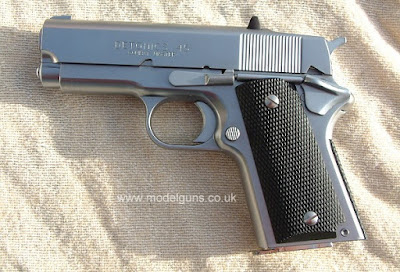 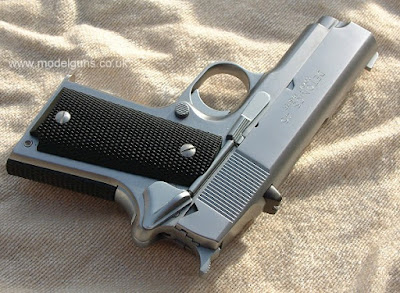 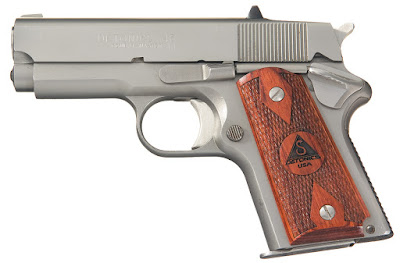 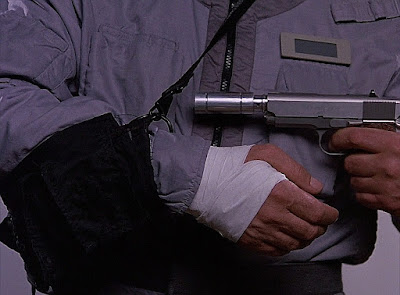 Special Thanks To http://www.modelguns.co.uk For the Information
(website no longer online)
at 21:00