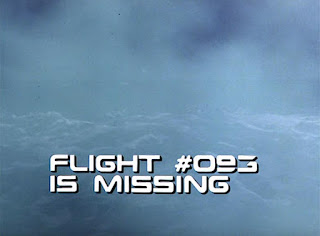 Caitlins off to a family wedding back in her home town when her flight takes an unexpected twist. The airliner she's on gets hijacked for ransom, and its hidden where no one will ever find it. With a storm coming, air sea rescue are limited so string and dom use airwolf to find the plane. They never expected to find it on the bottom of the ocean, and as the pressure crushes the airframe, while time is running out, the water.. is seeping in.

A:) The footage is from a 1977 film called Airport '77  that was based on the novel by Arthur Hailey. The actual "Stevens Corporation"  logo on the side of the plane references the fictional company owner of the airline "Philip Stevens"  who was played by James Stewart  in the movie. 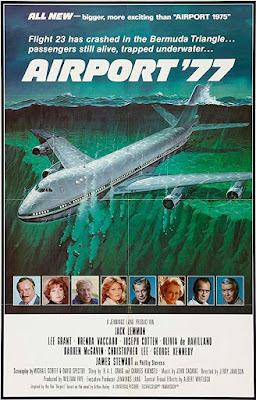 A:) The plane used was Boeing 747-123  owned at the time by American Airlines. It's FAA Registration number was N9667  and it's construction number was C/N: 20106/79. The planes delivery date was the 8th of October 1970  and it's first flight was on the 24th of September 1970. The planes ATC call sign varied between American 1 Heavy, American 2 Heavy and American 3 Heavy.

A:) The planes final registration of N157UA was cancelled on the 3rd of January 2000, it was essentially scrapped after 26 years of service.

Q:) Does the original 1977 movie that this footage is from have the same plot outline as the airwolf episode ?

A:) No, the film is based on the theft of an art collection stored in the planes cargo hold. The passengers and crew are also knocked out by a gas called CR-7 while the hijack takes place. The intention is to drop below the radar & divert to an island with an airstrip not used since WWII, however the plane is so low that the wing clips an oil rig & down it goes. The film has a stack of famous faces too.

Q:) How did you identify the uncredited / UnKnown Injured Male Passenger  as the actor Frank Pesce?

A:) Simply by eye, because he appeared in another episode and is credited for that as Frank Pesce when he played Brad Miller in The Deadly Circle. I googled frank to confirm by face that it is his face that matches his real name.

Note, the digital episode guide 2.0 and higher contains much more trivia and a much larger Q and A section, find the guide here.

Art Direction by:
Gary A. Lee 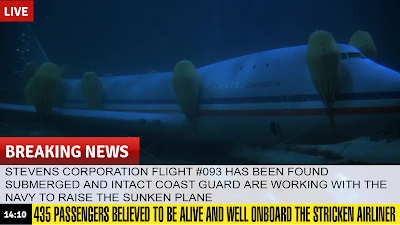 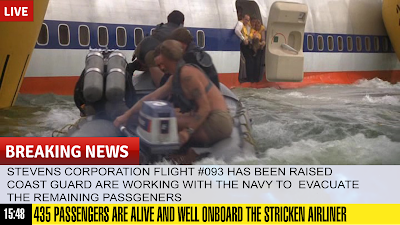 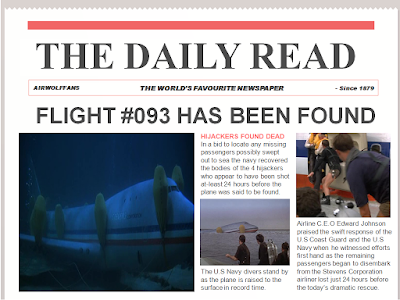 IMDB has 17 acting credits for this episode,  WIKI has 13,  and AIRWOLF dot TV (that so called airwolf bible)  Only had 13 credits..

ABOVE,  you'll note i have 35 acting credits for this episode, 26 of which i have Identified, I have Verified AND I have Credited. So.. Please don't assume i am just stealing information from other websites and just reproducing it here Or accuse me of it.., Frankly other websites are currently (and have always been for decades) an absolute embarrassment and a total let down !