Just for those outside the USA or even In the USA pondering on a few things...

End = license addons, M being for motorcycles, ive set dom's to NONE
Oddly in the UK an Endorsement is a penalty that affects/increases your insurance and not an addition that shows more road competence.

2570 has nothing Specific to do with the address and can be seen on many California licenses, its related to a penal code for that state the license is issued under (for uk that is a law or by-law kinda thing for the county council issuing it)

Airwolf never mentioned his birth DAY at all but made reference to flying with strings old man and ferrying planes during pearl harbour so he was defiantly enlisted during WWII so he had to be atleast 18 in 1941/42, so ive used 1922 as his fictional birthday (though ernest was born in 1917 making him 66 years and 9 months old when filming airwolf) and Dominic was probably supposed to be around aged 62 in the show. Thanks to adam lettow for piecing that theory together.

California licenses expire every 5 years on the persons birthday, doms one for details, so if you have 10 days to renew it then he did it on the first day he could.

Dom wore black leather cowboy boots with heals, would have made him look taller than what he was 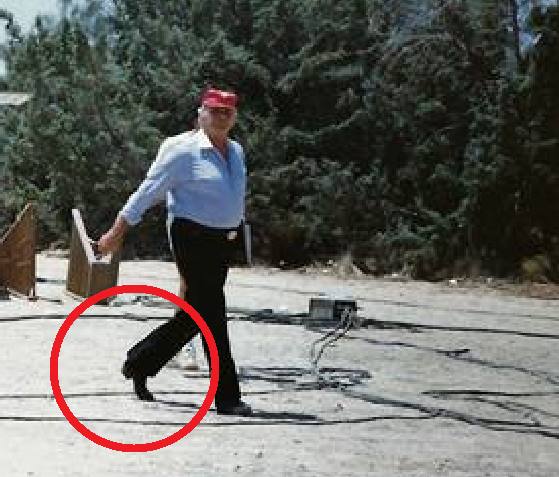 Last but not least the  CA Code of 92561 is for the Santini Air Hanger (formerly Jet Copters Inc) and now used by Helinet Aviation which kinda does what dominics company did and jet copters too.

NOT TO BE SOLD ON eBay UNDER ANY CIRCUMSTANCES
at 18:18